Wireless Charging is Becoming a Reality

The hassle of charging your mobile devices is about to get easier as the Federal Communications Commission has approved the first wireless charger that works from up to three feet away.

Energous, a San Jose-based startup, announced on Tuesday that it has received the first such FCC certification for power-at-a-distance wireless charging with its WattUp Mid Field transmitter. The transmitter converts electricity into radio frequencies, then beams the energy to nearby devices outfitted with a corresponding receiver.

The WattUp can charge multiple devices simultaneously and should work on many of today’s devices, like phones, tablets, earbuds, keyboards and so on….as long as they’re outfitted with the right receiver.

More Wireless Charging Info From Around the Web

When it comes to wireless charging, there are still a lot of limitations before a device can include this feature. For example, metal-encased devices are left in the dark because you’ll need a glass back in order to take advantage. Energous WattUp Mid … Energous has been granted FCC approval for the first wireless ‘power-at-a-distance’ transmitter

December 29, 2017 Weekly Wrap up LIVE from the floor of the NYSE 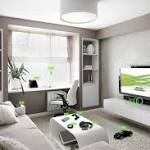